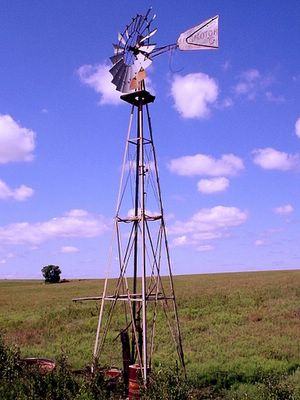 Posted by Emily Riegel at 5:17 PM No comments:

I am rounding out my third week back in McPherson, Kansas. This is the small Kansas town where I spent January of this year doing 4 weeks of my surgery rotation. During our 4th year of school, we are required to spend 4 weeks in a rural location for our "Rural Health Month." Knowing this would be a requirement, and knowing how great a time I had in McP earlier this year, I quickly asked to be reassigned to this quiet little town.
I have been with the surgeons again since I got here, but this time we have had quite a bit more action. We have had unscheduled surgeries on the past 14 of 18 days. This has meant being in the operating room well into the evening most nights, even well into the next day on a couple of occasions.
Of note, I got to see my first amputation. It was bloody and bony and physically demanding on everyone involved. My job was holding the thigh up while the surgeon cut off the leg below the knee.
There have, of course, been plenty of colonoscopies. We also had a run on appendicitis and and gallstones, getting to take out at least one of the two every day in the past week.
Yesterday I worked with an Ob-Gyn who comes to McPherson once a week. She was helping out a little old lady whose vagina had decided to fall out, bringing along the uterus and part of the bladder and rectum with it. It was to the point that she had to wear a catheter because she wasn't able to go pee. Since this little old lady was quite frail, it was thought she wouldn't be able to tolerate general anesthesia or a long procedure. So, the ob-gyn did something that is rarely done in the age of hysterectomies...she got an epidural. and then, after tucking everything back into place, the vagina got sewn shut.
This may sound like a great idea for some people...many of the nurses invovled in the case asked when they could have theirs done.
What I thought about, though, was that somewhere in the past, some poor woman had to be the first to endure this. And she probably did it with little in the way of sedation or analgesia.
In fact, when I thought about it, I realized that most surgeries are fairly barbaric, specifically gynecologic surgeries. And what is most frightening is that sometime, someone had to INVENT these procedures.
I have tried to rationalize that most of these things were probably first done on animals in barns and fields in order to meet the demands of necessity.
You have a cow and her vagina is falling out? Well, just stuff it back in there and sew the damn hole shut. Problem solved.
None of these rationalizations give me a great deal of peace, though. It just makes me really grateful to live in a time of really nice drugs that can make us fall asleep and other really nice drugs that can help take away pain.
My time with surgery is drawing to an end, though, for my last week I will be working with a family practice doctor. I don't think we'll sewing any holes shut in her office.
Posted by Emily Riegel at 7:38 PM No comments:

If you've been following me on "One Flew Over" for awhile, you may notice some changes.
"One Flew Over" will now be my blog for chronicling my more professional endeavors. It will still be strongly featuring my personal experiences, my reactions, thought, feelings - all that juicy stuff.
If you're still interested in following my more goofy personal escapades as a mom, wife, liberal citizen of the world, just drop me a line and I'll direct you to the "new" island on the www.

The details included in the stories on this blog have all had essential elements, including potential identifying information, changed to maintain the anonymity of those involved.
If you feel that you can identify yourself or someone you know in these posts and are concerned about issues related to identity or anonymity, please let me know by emailing me at eriegel@kumc.edu.

I am also proud to be a contributor on pallimed.org, where I focus my more professional blogging efforts. Check out www.pallimed.org